Is Georgia a Community Property State?

by Sharon Jackson  on March 2, 2021 under Divorce,Property Division 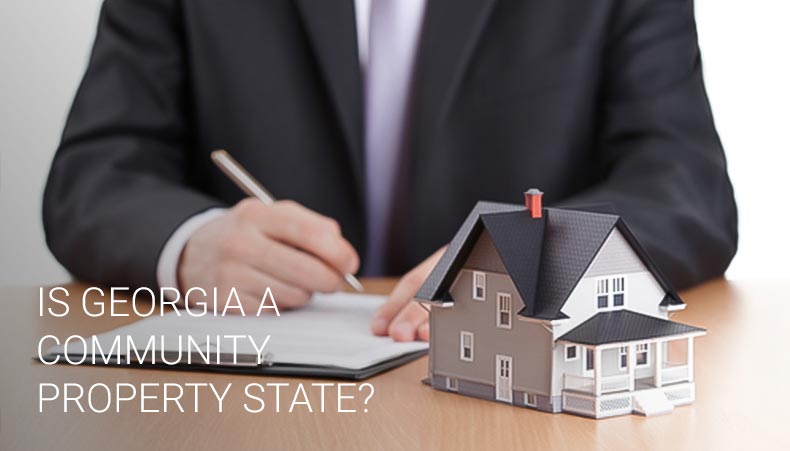 Georgia does not follow community property laws. This means that marital property does not get automatically divided 50/50 between spouses seeking a divorce. Instead, Georgia courts follow an equitable distribution approach for property division following a separation.

Equitable means fair, and fair doesn’t always mean equal. In some cases, an equitable distribution of property will result in an equal split. However, certain factors may lead the court to award a bigger share of the estate to one spouse.

If you have any questions about a property division issue for your divorce in Georgia, make sure to consult a qualified divorce attorney as soon as possible.

They will guide you through the process and help you avoid costly problems later on.

How Does Equitable Division Work?

Some of the factors that are considered by the court when coming up with a fair distribution include:

What Is Considered Marital Property in GA?

Some examples of assets that are considered as marital property are the following:

Individual property may be considered by the court as marital property partially or fully if there’s a commingling of assets or if the other spouse contributed to the asset’s growth or continued existence.

How Do Courts Divide Marital Property in Georgia?

After deciding which assets are marital property, the court has complete discretion in awarding them to either spouse. They’re not bound by predetermined formulas or rules, unlike those in community property states. The judge will divide the property in any proportion that they deem to be fair, after considering the specific circumstances of the case.

During property division cases, the court takes into consideration the following factors to ensure equitable division:

How Is Debt Divided in a Georgia Divorce?

One common misconception is that the party who took on the debt must be the one who assumes liability for it after the divorce is finalized. However, this isn’t always true.

Because Georgia is an equitable distribution state, the judge may decide, given the circumstances surrounding the case, that it is more equitable for both parties to split liability for the debt equally.

Here are some factors that the court will take into account when deciding whether debt should be considered a marital or separate obligation:

If you’re unsure about whether you’ll have to take on this kind of burden after getting divorced, it’s best to speak to a lawyer. They can help answer your questions and make sure you’re making the right decision for your finances and your future.

Who Gets the House in a Divorce in Georgia?

A marital home is considered as marital or joint property. It will be divided per the state’s principles of equitable division. If there are children, the court may decide to award the home to the parent who primarily lives with the child, or the custodial parent.

The court will also take into account which party is able to provide a stable home for the child.

In certain cases, the court may assess the financial prospects of the couple and may order the house to be sold as soon as possible, with the proceeds divided between the spouses in proportions stipulated in the divorce decree.

Do Couples Need to Go to Court for Property Division?

No. Contested divorces often come with heavy costs and emotional stress, so it’s not unusual for divorcing couples to want to avoid them. Spouses can, instead, choose to negotiate property division outside of court and just sign a written agreement.

A divorce settlement is the fastest way to resolve property disputes. However, not all couples can agree on all the issues in their case. If they’re unable to resolve certain issues on their own, they can then go to court and ask a judge to decide for them.

During divorce proceedings, you want to make sure that your rights are protected and that all of your assets are properly categorized and accounted for. An experienced divorce lawyer will negotiate and fight for your interests to ensure optimal property division.

Sharon Jackson has years of experience handling complex property division settlements and trials. Contact us now at (678) 909-4100 to discuss your case.