by Sharon Jackson  on March 16, 2021 under Divorce,Adultery 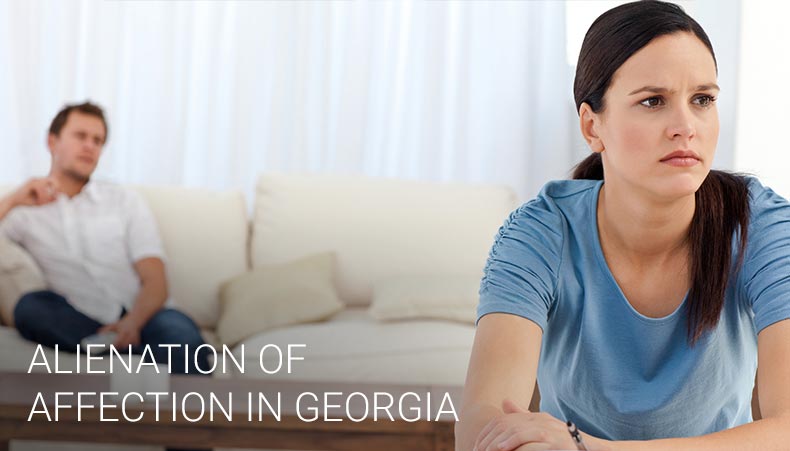 Divorce can be a traumatic event for anyone, especially if the breakdown of the marriage was caused by adultery. It’s not unusual for a spouse to harbor hostile feelings not just against their cheating partner, but also against their spouse’s lover.

In most cases, an injured spouse has no legal recourse against their spouse’s lover. In some states, however, they can file a lawsuit against this third party. A deserted spouse may file an alienation of affection lawsuit to ask the court to order the person who destroyed their marriage to pay monetary damages for their humiliation, mental anguish, loss of support, and loss of consortium or marital affection.

In Georgia, however, the deprived spouse’s right to sue the lover of their philandering spouse for alienation of affection was abolished in 1979.

Alienation of affection is considered a civil wrong for which a deserted spouse can sue the person responsible for the end of the marriage. It’s considered a dignitary civil offense or tort, as opposed to an intentional tort, as it doesn’t cause physical injury. Instead, it causes harm to a person’s reputation or dignity.

In lawsuits involving alienation of affection, the deprived spouse can seek monetary and punitive damages from a third party whose willful and malicious actions led to the loss of marital support and fellowship.

There’s no need to prove that the spouse had extramarital sexual intercourse since the key element for actions involving this tort is that the conduct of the third party is the cause for the loss of affection.

Instead, the petitioner has to prove the following elements:

Reliable Legal Help for Your Divorce

When you’ve been harmed or hurt by the person you love, it’s natural to try to find someone to blame. However, it’s best to focus on your own interests and welfare.

A divorce lawyer is in the best position to help you see your case objectively and guide you on the right path. They’ll work with you to help you understand the law, and defend your rights.