by Sharon Jackson  on December 17, 2020 under Georgia Divorce & Custody 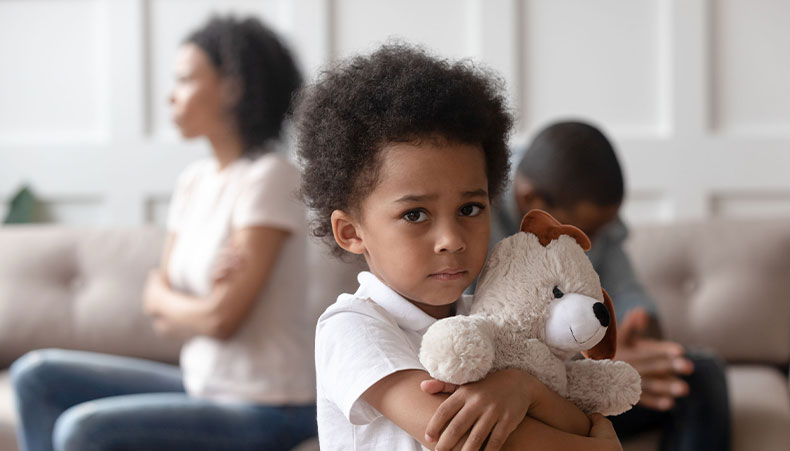 In general, Georgia’s child custody and child support rules apply the same way to unwed parents. But without the legal bind of marriage, there are some complicated additional requirements and issues that a parent may have to deal with if they wish to have child custody or receive financial support.

Who Gets Child Custody When Unwed Parents Break Up In GA?

When a child is born to married parents in Georgia, the mother’s husband is legally presumed to be the father. If these married parents divorce, both the father and mother will have equal footing in claiming custody of the child.

But if the child is born out of wedlock in Georgia, only the mother will automatically be considered the legal parent. The biological father (or anyone who wishes to be the father) will not have legal parental rights unless and until he completes a process called legitimation. This is the procedure by which a father legally claims their parentage of a child and gains parental rights.

If an unwed couple breaks up and the dad has not legitimated the child, he will not be able to file for custody or visitation. The mom will have sole custody and parental power over the child.

What If The Mother Listed Her Unwed Partner’s Name On The Birth Certificate?

In Georgia, an unmarried man’s name on the birth certificate is not enough to give him parenting rights. It may help support his paternity, but the dad will still need to legitimate the child before he can have a father’s legal rights.

Legally speaking, in Georgia, if the parents are unmarried, the father’s name on the birth certificate is only an identification of the “putative” or ‘believed’ father. In Georgia, this is not even enough to establish the person’s paternity (biological fatherhood). The unwed dad will still need to sign a Paternity Acknowledgment if he wants to be recognized as the biological father. And even when he has already claimed paternity, he still won’t be the legal dad unless he completes legitimation.

Note that under Georgia law (O.C.G.A. § 31-10-9), a person’s name cannot be entered as father on a child’s birth certificate without the written consent of both that person and the mother.

Will An Unwed Father Be Required To Pay Child Support in Georgia?

This is possible only if paternity has been established. The easiest way for an unwed couple to establish paternity in Georgia is to sign the Voluntary Paternity Acknowledgment Form together. However, if one of them refuses to sign the form, the other may request the court for a paternity order. In some cases, the Division of Child Support Services may also step in and order the potential dad to undergo paternity testing.

Bear in mind that in Georgia even if the unmarried father is paying child support, he is still not considered the legal father if he has not legitimated the child. Thus, he still does not have legal parenting rights. Only legitimation can give him those rights.

Georgia family law quickly becomes complicated if a child’s parents are unmarried. This leaves some parents at a great disadvantage. For example, an unwed dad who hopes to be involved in the raising of his child may have to pay support but may also be hindered from having custody. Or, an unwed mother who needs assistance in raising their child may find it difficult to obtain it the father does not acknowledge the child as his.

If you are an unwed parent facing child custody or child support issues in Georgia, please don’t hesitate to call Attorney Sharon Jackson. She is highly skilled in navigating Georgia’s family law system, with the goal of protecting the rights of parents and helping them secure the best interests of their child. In the Atlanta Metro area call Attorney Jackson today at (678) 909-4100 to schedule your consultation. You may also contact her through our online form.