Divorce and Mental Health: Lessons From Kim and Kanye

by Sharon Jackson  on February 15, 2021 under Georgia Divorce & Custody 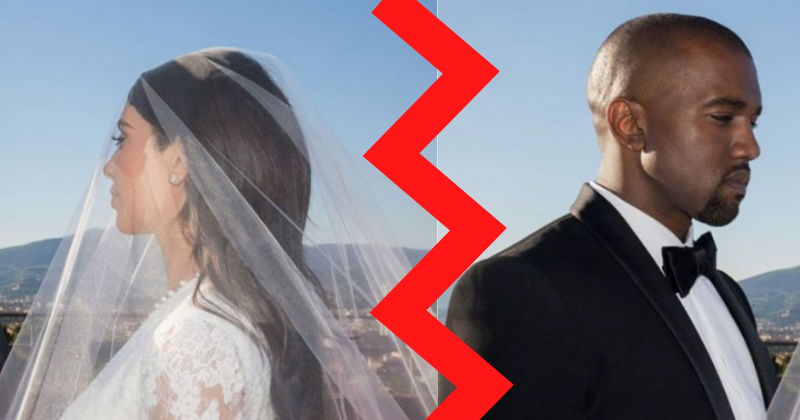 While nothing official has been announced, news headlines have screamed for months that Kim Kardashian and Kanye West are quietly negotiating a divorce. Insiders have proclaimed that Kanye's well-known mental health issues and bipolar episodes, which he publically admitted to in 2018 and has said repeatedly he does not take his prescribed medications, were the determining factors in Kim's decision to protect her children and divorce her husband. Reports indicate that Kardashian has hired celebrity divorce attorney Laura Wasser, the inspiration for Laura Dern’s cutthroat divorce attorney in the movie Marriage Story. Clearly, money can't protect someone with mental health issues from divorce. The Kardashian Wests are wealthy, with access to the best doctors, lawyers and counselors.

What can normal couples learn about divorce and mental health from celebrity break-ups? In this case, a lot.

5 Lessons on Divorce and Mental Health

Mental health issues can hurt the best relationship, especially when the person affected refused to medicate. Supporting a spouse with mental health issues during divorce can be challenging, at best. A very public high-profile, high net worth celebrity divorce such as Kim Kardashian's and Kanye West's rumored divorce provides many lessons for regular couples.

1. Privacy Matters
The Kardashian Wests appear to be negotiating their divorce quietly, behind closed doors. Private divorces aren't just for the wealthy: regular couples can negotiate their divorce privately through divorce mediation or arbitration, and avoid going to Court where the divorce case is usually open to the public.

2. Put The Family First
Despite Kanye's very public outbursts on social media, TV and other outlets, Kim has said little publically about her husband's mental health and refusal to take his bipolar medications, other than to ask the public to respect their privacy and the difficulty of the situation.

Despite well-documented different beliefs and values, Kim and Kanye have publically supported each other's right to their own opinions. They speak highly of each other. Kanye has had public episodes where he spoke disparagingly about his wife and family, but after the bipolar episode has passed he has publically acknowledged, apologized and recanted his statements.

4. Prioritize The Children
From all appearances, the 4 West children are not being used as pawns in the divorce negotiations. While the parents appear to be living separately in California and Wyoming, the children remain in the marital home in California and there is well documented parental visitation and travel to be with each parent.

5. Sign A Prenuptial Agreement
California is a community property state, and all assets that are acquired during the marriage must be divided 50/50. Georgia is not a community property state. Georgia divorce laws give both spouses an equitable interest in all assets acquired during the couple's marriage. A prenuptial agreement is a fair agreement that couples can enter before marriage to address the division of marital assets and other issues in case a couple decides to divorce. A prenuptial agreement can protect your marriage by opening the lines of communication and problem solving together.

Mental Health and Divorce in Georgia

Mental health can make divorce even more stressful. An experienced divorce and family law attorney can help you deal with mental health issues during divorce.