Can A Child In Georgia Choose Which Parent to Live With?

by Sharon Jackson  on October 21, 2020 under Georgia Divorce & Custody 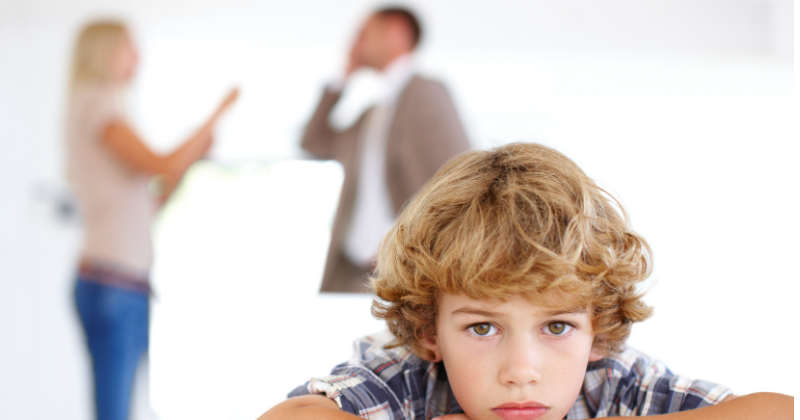 When Georgia parents decide to divorce, decisions involving their children are often the most difficult issues to agree on. Child custody and child support are often sensitive and controversial issues, particularly in a contested divorce where the court needs to determine which parent a child will live with. Emotional strain and hostility are at their peak when divorcing couples fail to agree on custody or support arrangements. In many situations, children will voice a preference and choose which parent to live with.

When deciding issues of child custody, Georgia courts do not favor the mother or father. Georgia family law judges encourage both parents to share in decisions regarding their children and for each parent to have a meaningful, lasting relationship with their children.

Legal custody refers to the right of the parent to make all important decisions concerned with raising the child, which includes health care, residence, religion, education, and discipline.

No two family situations are the same, and the court can award only one parent the physical and legal custody of the children or joint custody to both if the judge sees it to be in the best interests of the children.

Child's Right To Choose A Custodial Parent In Gwinnett County

At age 11, children in Georgia have the right to state their preferred custodial parent, which the family law judge will take into consideration. A child in Georgia can choose which parent to live with if they are 14 years old. The judge may grant the child’s custody request unless there is evidence that shows it would not be in the child’s best interests. The court must place the child with the parent that can best provide for the child’s safety and well-being. Even if a child over 14 years old has chosen which parent to live with full-time, the non-custodial parent may still have joint legal custody and visitation rights so that the child is required to visit their non-custodial parent.

When a child turns 14, a parent can file a petition with the court to modify a child custody order. The child's age is considered a substantial change in circumstances that may warrant a custody change if the child prefers to live with a different parent than the parent with physical custody. The judge will review all the circumstances to determine if there should be a modification to a child custody order. Parents must include a new proposed parenting plan when they submit a request for child custody modification. Parents may informally agree on changing some aspects of a court-approved parenting plan themselves, but any modification to court-ordered custody must be approved by the court.

In many litigated child custody cases, the court will appoint a guardian ad litem to represent the child's best interests in court. If your child wants to choose which parent to live with, or if you are a parent involved in a contentious child custody situation, you should consult with an experienced Georgia family law attorney to negotiate or update your custody agreement.

Does your child want to choose which parent to live with? The law firm of Attorney Sharon Jackson, LLC offers the highest degree of attention and experience to deal with your child custody issues, from uncontested divorces to modification orders to the most contentious child custody cases in the Atlanta courts. We can explain the applicable child custody laws, and help you fight to protect your child's best interests.

Call us at (678) 436-3636 to schedule a consultation with an experienced member of our team, or contact us online to speak with attorney Sharon Jackson in Lawrenceville, GA.