Do you need a prenup in Georgia?

by Sharon Jackson  on May 6, 2022 under Prenuptial Agreements 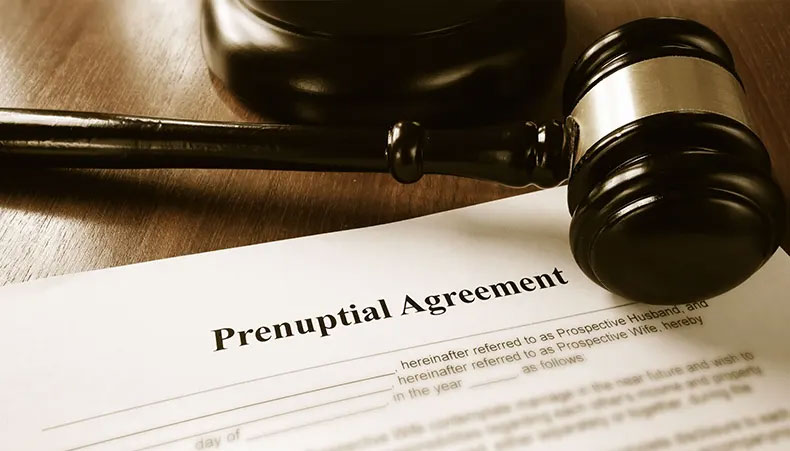 Obtaining a prenuptial agreement might cause anxiety in some soon-to-wed couples. It has long been assumed that having one set up indicates that a couple's marriage is all about money. Attorneys for family law in Georgia understand that being requested to sign one does not always imply that this is the case.

Prenuptial agreements are used by engaged couples to preserve their assets and provide for the other following divorce. If your partner asks you to sign a prenuptial agreement, remember that, as unromantic as it might seem, you have the right to an attorney and an equitable arrangement. It is an opportunity to safeguard oneself in case the unforeseen occurs.

Is a prenuptial agreement necessary?

Divorce is not something anyone wants or anticipates. However, responsible spouses should be ready for the unexpected. Premarital agreements typically make marriages stronger, just as certain insurance policies make your financial life more secure, or at least have the ability to do so. Money is by far the most common source of marital discord. It doesn't matter if you're barely scraping by or if you're flush with cash. Money is removed from the equation with premarital agreements. As a result, these conflicts have no potential of causing harm to your relationship.

Prenuptial agreements are extremely prevalent among Millennial couples in this area. Many of these individuals witnessed their parents' divorces. As a result, they are frequently willing to think outside the box in order to strengthen their relationship.

Is child custody, child support, or alimony covered by a prenuptial agreement?

Furthermore, couples cannot predetermine child support because the law considers child support to be a right of the child, which the couple to be married cannot override.

Is it possible to modify or dissolve the prenuptial agreement later?

Is it necessary for both parties to hire an attorney while drafting a prenuptial agreement?

Yes. Each party should have their own individual lawyer who can explain the planned arrangement as well as the possible risks in the event of a divorce. An attorney can make adjustments to the planned prenuptial agreement that will have a significant impact on what occurs in the case of a divorce.

How our prenuptial agreement attorney can help you

Pre and post-nuptial agreement attorney Sharon Jackson can prepare an agreement depending on your specific needs, whether you are married or intending to marry. She can provide invaluable advice and legal assistance to guide you in reaching an agreement with the opposite party. If necessary, she can provide legal services to ensure that the agreement's provisions are followed