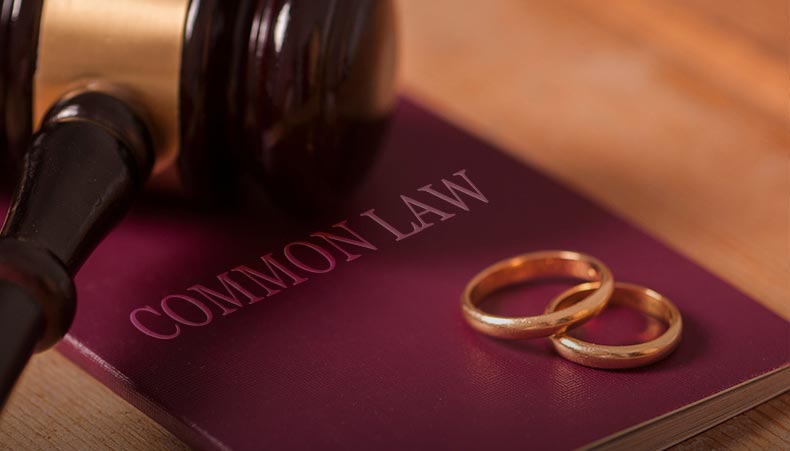 A "common law marriage" is one in which the partners can act as husband and wife and be deemed wedded under certain conditions without the need for a marriage license or wedding ceremony. While it is no longer as common, some couples still prefer this form of relationship.

Although Georgia does not recognize common law marriages, it does recognize those that occurred in other states.

How does common law marriage work in Georgia?

If you move to Georgia and have a legitimate common law marriage under the rules of another state, Georgia must acknowledge your marriage. Your common-law marriage will be given "full faith and credit" by Georgia courts.

Do unmarried couples have rights in Georgia?

In a non-marital relationship, living together, or cohabitation, does not automatically grant either party any rights in the property of the other party acquired during the period of cohabitation. Adults who freely live together and have sexual relations may, nevertheless, enter into a contract establishing the parties' individual rights and obligations with respect to their earnings and property gained from their incomes during the out-of-wedlock relationship.

Estate planning and medical care are two more legal challenges that may impact cohabiting couples. In most cases, someone who cohabits with another person is not regarded as an heir or has the same rights to make medical care decisions as a spouse. As a result, in addition to having a nonmarital arrangement, unwed cohabitants should consider estate planning and power of attorney.

How do you prove cohabitation in Georgia?

Thus, if a divorced spouse provides shelter for a platonic companion or a member of the family, these relationships would not fit the criteria. Cohabitation can be proven if someone is dwelling with another person in a continuous and open manner as if they are married to that person - for instance, sharing a bed, having a joint bank account, and going on holidays together.

What Are the Requirements for Common Law Marriage in Georgia?

Except for the need to be formed before a specified date, these conditions are practically the same as those of ceremonially married couples who have obtained a marriage license. In a common law marriage, the contract is the parties' agreement to be husband and wife and to present themselves as married to the public. The term "marital consummation" refers to cohabitation, but there is no specified period of time during which the couple must live together.

How a Common Law Marriage is Terminated

A legally recognized common law marriage is terminated through divorce, just like any other marriage. Once a couple is legally recognized as having a common law marriage, they are married even if there is no ceremony or marriage license. If they decide to dissolve their union, they will have to go through the divorce procedure in the same way that any other married couple would.

Is an Attorney Required to End a Common Law Marriage?

While a lawyer is not required to dissolve a marriage in Georgia, common law marriages might make the process more difficult. This is frequently due to the lack of a marriage license or other documented proof of the couple's union. There may be a debatable issue as to whether they have a recognized common law marriage at all, based on the details of their situation.

Working with an attorney to resolve these legal concerns and go through the divorce process more easily is typically the best option. Legal representation can help guarantee that you and your spouse are treated properly, and that all assets and custody matters are resolved in your favor.

Common law marriage and cohabitation issues can be difficult to negotiate, but the process will go more smoothly if you have an attorney on your side who is familiar with the law and your case. Attorney Sharon Jackson has the knowledge and experience to address these family law issues.

Call us right now at (678) 883-7489 in Lawrenceville, GA. You can also reach out to us via our our website to book an initial consultation.